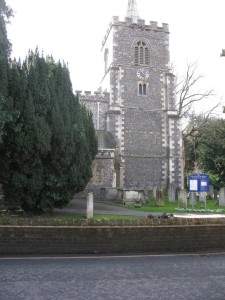 We know from various surviving wills from the early sixteenth century that many parishioners bequeathed money towards candles, or new items of plate, or vestments. A few, however, did not respect the building or the way in which religion was practised there. Indeed, a serious arson attack was committed in 1522, destroying the rood loft, wasting over 200 pounds of wax and emptying the font.

This site uses Akismet to reduce spam. Learn how your comment data is processed.